There is a trilogy of texts which makes up the preeminent books of Islam.

Besides the Qurán, the Hadith allegedly contains accounts of Muhammad’s sayings and his actions.  The key word here is “allegedly.”  Without a doubt “there are many opportunistic forgeries among the Hadith, however, giving rise to a veritable science within Islam: the science of determining the authenticity of various traditions.”[1]

The reality is there is little early evidence of Muhammad, the Qurán, or the Hadith.  Indeed the early rulers of the Arabs “are vague about the 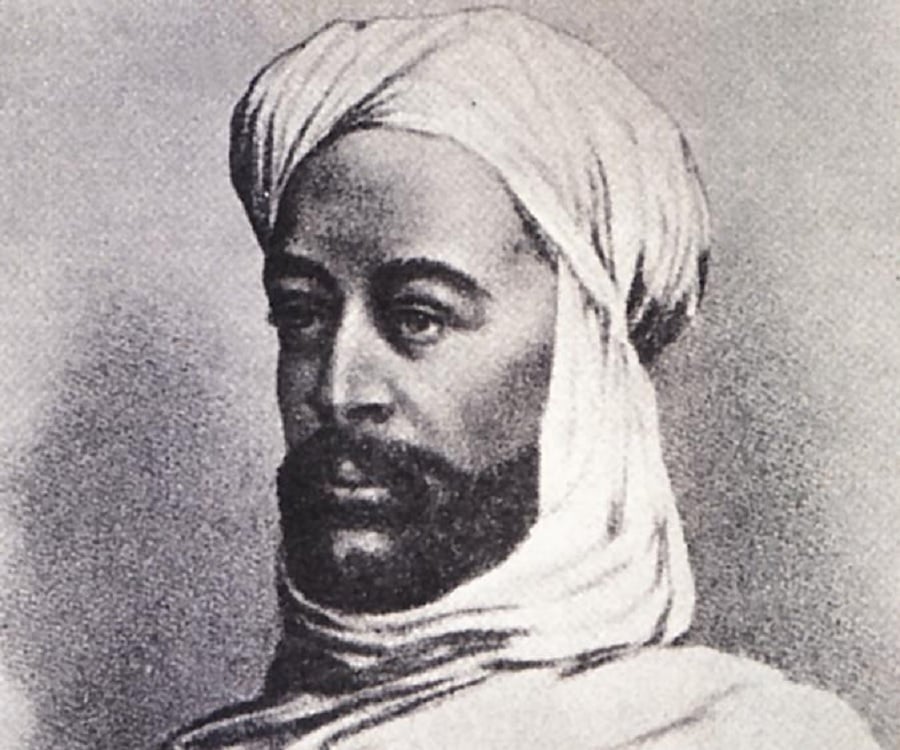 content of their creed and make no mention whatever of the putative founder of their religion or his holy book for decades after beginning to conquer and transform huge expanses of territory across the Middle East and Africa.”[2]  Spencer posits that “the records of both the Arab conquerors and of the conquered people, are sketchy in the extreme (italics mine).”[3]

Throughout history there are few scholars or historians who have dared broach the questions, “Who founded Islam?”  “Was Muhammad who he claimed to be?”  “Did Muhammad exist?”

“The Encyclopedia Britannica dubbed him ‘the most successful of all Prophets and religious personalities”[4] and Hart in his book listing the one hundred most successful persons in history gave top spot to Muhammad.[5]

Undeniably “Islamic literature contains an astounding proliferation of biographical material about Muhammad.”[6]  There are few who doubt his historicity.  So that settles it right?

Not exactly, in fact, Spencer believes “there is considerable reason to question the historicity of Muhammad.”[7]  That is a courageous challenge to articulate to say the least, especially in this pluralistic, relativistic, politically correct world of today.

Nonetheless Spencer’s research has led him to question the status quo:

There is, in fact, considerable reason to question the historicity of Muhammad. Although the story of Muhammad, the Qurán, and early Islam is widely accepted, on close examination the particulars of the story prove elusive. The more one looks at the origins of Islam, the less one sees. . . . Whether Muhammad really received messages from the angel Gabriel may be a faith judgment, but whether he lived at all is a historical one (italics mine).[8]

Yet Muhammad emerges bigger than life from traditional Muslim writings.  Spencer asks “who would dare create such an outsized character, so immense in his claims, his loves, his hates?”[9]

It is the case that the world has taken for granted the historic Muhammad, absent virtually any scrutiny, especially critical analysis.  And indeed, in this politically correct era it is streng verboten to do so.  Yet the Bible and Jesus Christ are subjected to endless examination, mostly by their critics.

Christianity’s doctrine and dogma have been scrutinized for 2,000 years.  The Bible has been dismantled by the higher critics and demonized by its adversaries yet it not only withstands this trial by fire, but science and archaeological investigations have substantiated and strengthened the Bible’s claims as true.

Yet a rigorous examination of “the evidence gathered by scholars who had bothered to apply the historical-critical method to Islam’s origins”[10] exposes a tissue thin veneer in the assertion of the canonical account.

Further it is singularly noteworthy that the very earliest Islamic corroboration about Muhammad’s life originates between four and five generations after his death.  That makes them extremely ripe for the introduction of legend and mythos.

One of the earliest accounts chronicling Muhammad comes from the Doctrina Jacobi.  It was written in Greek from a Jewish viewpoint, probably by a Jewish Christian by the name of Abraham, about the mid-seventh century A. D.

This man heard about the rise of a prophet in Arabia that had come with the Saracens proclaiming the second advent of Christ.  Abraham traveled by boat from Caesarea to Sykamina to verify this claim:

I, having arrived at Sykamina, stopped a certain old man well-versed in Scriptures, and said to him: “What can you tell me about the prophet who has appeared with the Saracens?” He replied groaning deeply: “He is false, for the prophets do not come armed with a sword. Truly they are works of anarchy being committed today and I fear that the first Christ to come, who the Christians worship, was the one sent by God and instead we are preparing to receive the Antichrist. . . . So I, Abraham, inquired and heard from those who had met him that there was no truth to be found in the so-called prophet, only the shedding of men’s blood. He says also that he has the keys of paradise, which is incredible.”[11]

Whether or not this prophet was Muhammad is questionable since Muhammad allegedly had died some years earlier.

Yet sura 33 seems to specifically speak of Muhammad, “the Messenger of God, and the Seal of the Prophets” (:40) and not simply the “praised one.”

Then in sura 47:2 we read “But those who believe and do righteous deeds and believe in what was sent down to Muhammad—and it is the truth from their Lord—He will acquit them of their evil deeds . . . .”  It seems to be the case here that Muhammad is anyone of the prophets listed in the Qurán who has received Allah’s revelations.  It could also be specific to Muhammad.

Spencer tells us that the last of the Quránic suras to mention the name Muhammad is in 48:29.  However the details of Muhammad are myriad in the Hadith, which Spencer refers to as the “dizzyingly voluminous collections of Islamic traditions” pertaining to not only Muhammad’s deeds, but also his words.