You may have heard people say “If there is a God why doesn’t he reveal himself”?  Or “If I could see a miracle I would believe.” Which usually means they might, but probably won’t.

The Jews of Jesus’ day saw thousands of miracles (John 21:25), yet they did not believe Jesus was the Messiah.

Or perhaps you have said these kinds of things yourself. But is God really hiding where we can’t see him?

It is the case that most people asking these things are not really interested in “seeing” God or “believing.” Why? Because there is no God. Only “stupid people” believe in God—it’s a crutch.

But those responses all beg the question.

Here is a question back at you.  If there is no God–Why is there something instead of nothing at all?

Seriously, why is there something instead of nothing at all?

The cosmos is infinite, you say. Nope the infinite universe won’t work.

Edwin Hubble in 1929 affirmed the expanding universe and also discovered the universe came into existence from a single point in the finite past. This was further affirmed on May 20, 1964 when Robert Wilson and Arno Penzias, two American radio astronomers, discovered the cosmic microwave background radiation (CMB). It is the cosmic echo of the Big Bang. This proved the cosmos had a beginning.

The universe had a beginning; therefore it will have an end. It was wound up—it is running down.

Then too the First and Second Laws of Thermodynamics[1] prohibit an infinite universe.

What about the Darwinian theory of Evolution? Opps, I don’t think that will work either. Even Darwin’s book Origin of the Species, never addresses the question of origins!

God is Affirmed in Creation

To go back to the beginning, God has revealed himself, in multiple ways actually.

The fact that the universe is not infinite, had a beginning, and exists means it had to be caused. If it is caused, it must have a caus-er. That causer himself must necessarily be uncaused. Clearly that that is hard to get our heads around.

This might help. The Kalam Cosmological argument  sets forth the argument for the First Cause.

Also the Law of Biogenesis[3] tells us that no corporeal, living thing comes from nothing. All living things must come from other living things. They had to have had their origination by the Creator of all things.

As God instructed Job, so he instructs us, “Where were you when I laid the foundation of the earth? Tell Me, if you have understanding (Job 38:2,4-5).

Think about this—If God exists then necessarily He must be infinite, perfect, and all powerful. So it is no surprise that we, as finite beings, cannot understand how this can be.

You want scientific proof, right? But is science the only way to know something? Dr. Gary Habermas points out:

The rule that science is the only way to know something is itself unscientific; it cannot be tested. So the claim that only science can demonstrate truth actually flunks its own test, since it cannot validate itself![2]

Some years back my wife and I were in the middle of Death Valley, California on vacation. It was about 9pm; I remember pulling over and shutting off my car. We got out and just looked and listened.  The Milky Way was clearly visible along with a zillion other stars. The vastness and the beauty was absolutely breathtaking!

I know you, dear reader, have been places on cruises, vacations, etc. and seen awe inspiring sights and you marvel at their beauty.

Or you look into eyes of your first child in wonder. Was that child born by chance? Really-You know in the depths of you heart that they were not?

God Asserts Himself in the Bible

God also speaks to you through His Word; the Bible.

Revelation is progressive in the Bible. The farther into the Old Testament you read the more frequently and more clearly the coming of Jesus is revealed.

The earliest prophecy is in Genesis 3:15 in the Adamic covenant which I set out and explain in my book Collision Course.

And I will put enmity between you and the woman [between Satan and God’s creation, man], And between your seed [Satan’s] and her seed; He shall bruise you on the head, And you shall bruise him on the heel.” [Satan will ultimately be crushed by Christ, but Satan will injure and mar God’s Son corporeally and His Creation].[4]

More complete prophetic descriptions of Jesus’ coming and life are given in both Psalm 22:14-18 and even later in Isaiah 53:1-12. These are but a couple of the over 400 prophecies of Jesus.

Roughly 700 years before Christ was born the prophet Micah wrote:

But as for you, Bethlehem Ephrathah,
Too little to be among the clans of Judah,
From you One will go forth for Me to be ruler in Israel.
His goings forth are from long ago,
From the days of eternity (Micah 5:2).

Micah goes on to say Israel will be left to their own ways, until the time of Jesus birth (Micah 5:3).

Christmas divided history! Jesus, God incarnate, split time asunder when He came to earth as the Son of Man.

Unlike the three synoptic gospels John’s gospel gives a different perspective of Jesus’ advent. John begins it this way,

The word, logos in the Greek, is Jesus. Jesus is the final revelation from God. Indeed Jesus was God and was with God. “With God” here is indicative of relationship. The relationship between the Father, the Son, and the Holy Spirit.

Peter in his second sermon after Pentacost regarding declared:

And likewise, all the prophets who have spoken, from Samuel and his successors onward, also announced these days (Acts 3:22, 24).

The writer of Hebrews tells us God spoke to his people in the Old Testament through the prophets. Now, however, God has spoken through His Son (Hebrews 1:1-2).

Did you ever meet Albert Einstein, or see George Washington; how about George Patton? No? I didn’t either. Nonetheless I believe they really existed and did what is attributed to them. I am sure you do as well.

Jesus too is a historical person. His life is well documented, not just in the Bible, but in extra-biblical writings as well. Josephus, Tacitus, Pliny the Younger et. al. are all first century writers, alive when Jesus was alive or shortly thereafter. Their works offer additional empirical proof of Jesus’ life.

“Historians employ a number of common-sense principles in assessing the strength of a testimony.”[5] Some of these are:

Jesus himself claimed to be God in numerous places in the Bible. This is recorded by three different New Testament authors in Matthew 16:15-17, Mark 8:29, and in Luke 9:20. An interpretive key to remember is when an even is record two or three times it is important. 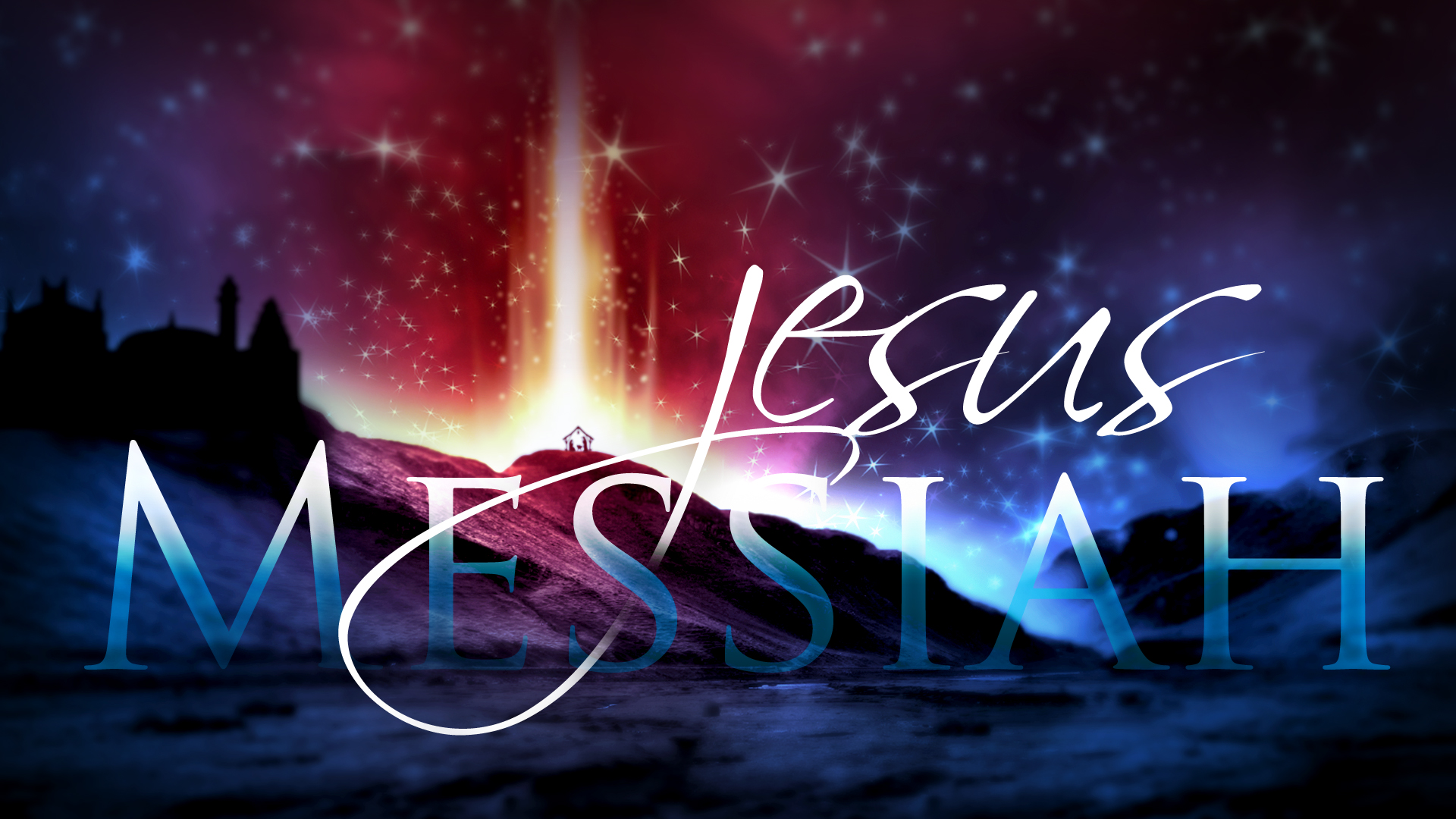 Also when Jesus was questioned by Pontius Pilate he was asked, “Are you king of the Jews?” Jesus told him his kingdom was not of this world.

However it must be understood many people cannot grasp this (2 Cor. 4:3-4). They choose not to see. More’s the pity.

I close with these thoughts from God’s Word. First the prophecy, then the event:

Therefore the Lord Himself will give you a sign: Behold, a virgin will be with child and bear a son, and she will call His name Immanuel. . . .

For a child will be born to us, a son will be given to us;
And the government will rest on His shoulders;
And His name will be called Wonderful Counselor, Mighty God,
Eternal Father, Prince of Peace

. . . for today in the city of David there has been born for you a Savior, who is Christ the Lord. “This will be a sign for you: you will find a baby wrapped in cloths and lying in a manger.” And suddenly there appeared with the angel a multitude of the heavenly host praising God and saying,

Glory to God in the highest,
And on earth peace among men with whom He is pleased.

[2] Dr. Gary R. Habermas, The Case for the Resurrection of Christ

[3] Biogenesis – bi″o-jen´ĕ-sis – the theory, opposed to spontaneous generation, that living matter always arises by the agency of preexisting living matter.